Storm of applause 👏 for all long-time Fediverse supporters, and a warm welcome 👍 to every new user who found Fediverse in 2019. 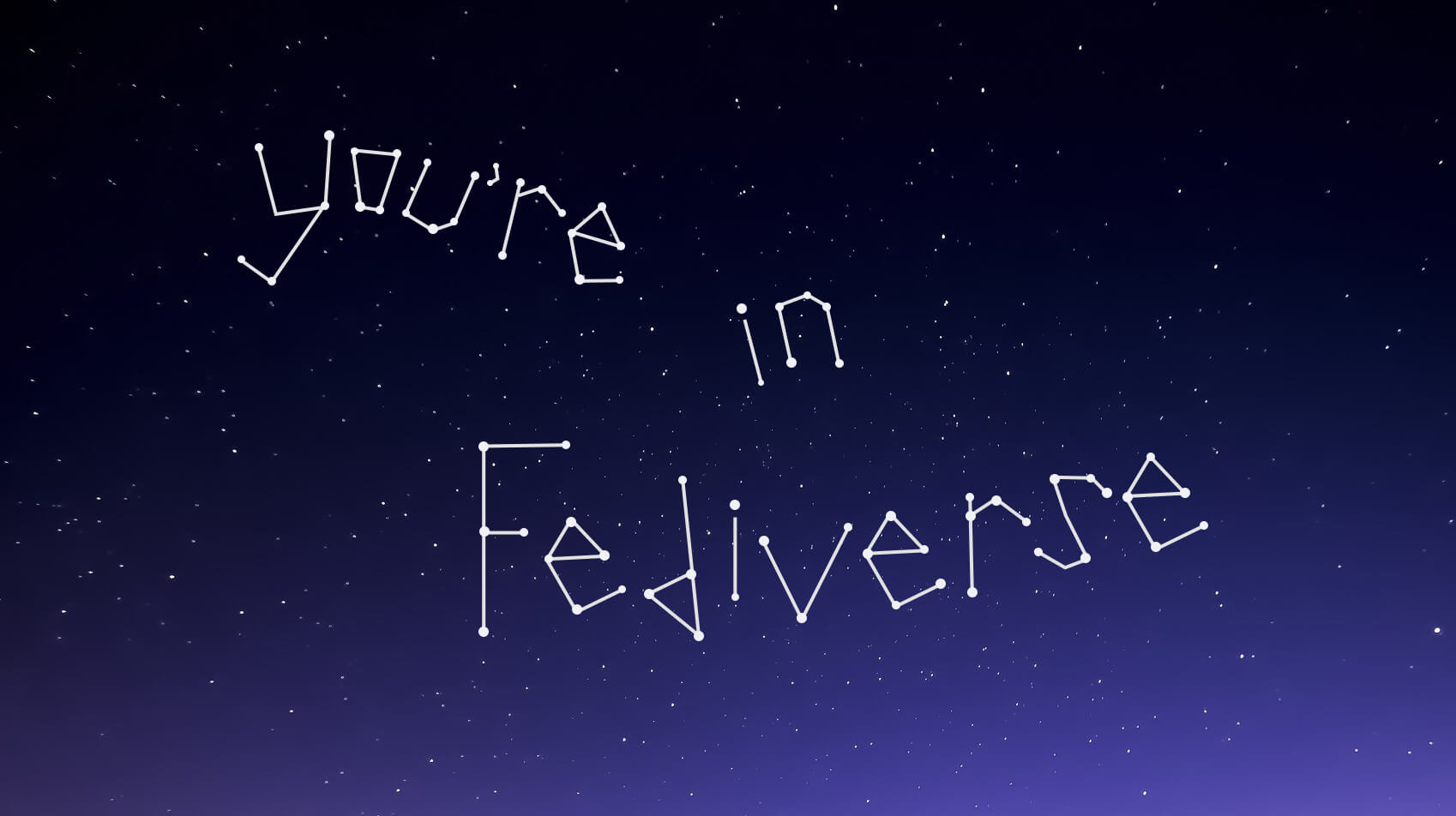 Here’s what happened to our small corner of the Internet in the past year. 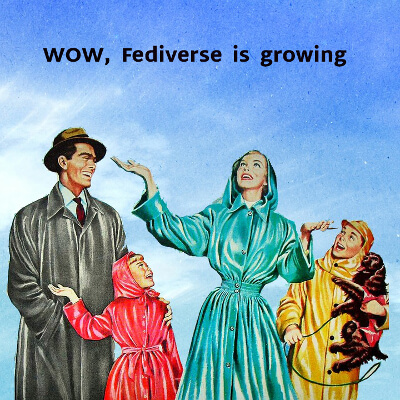 Five networks growing most rapidly in online server numbers in 2019 were: 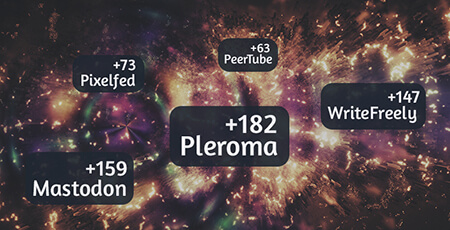 Three other Fediverse platforms that expanded significantly in 2019:

Please, note: these numbers are an approximation based on statistics voluntarily provided by server administrators. Highly volatile (servers go offline / online every day), the numbers reflect only part of Fediverse at a given period of time (today!).

At least 13 new networks expressed a wish to become part of Fediverse!

🌟 Mobilizon - a network to gather, organize, and mobilize

🌟 Speechmore - a work in progress

🌟 Parastat - a work in progress

• Hometown - a Mastodon fork that includes some unique features

• ForgeFed: an upcoming federation protocol, built as an extension to ActivityPub, for interoperability between version control services

✔ May: Fediverse has a 🐣 Birthday, technically - 11 years and counting. Happy Birthday, Fedi!

✔ July: Hubzilla community announces a call for participation to standardize the Zot protocol used in Hubzilla and Zap software

✔ November: Pixelfed gets a grant from NLnet

✔ November: Well-known activist Aral Balkan speaks at the European Parliament about the future of Internet regulation and the role of Fediverse platforms - 💡 watch the video

• Spoiler from the future: millions of people discovering Fediverse networks and migrating from centralized silos. Be prepared!

One of the main goals of federating software is decentralizing the web. That requires many Fediverse servers each having a small number of users, hosting data in physically decentralized manner. That’s the ideal, a perfect image.

But in real world most people register on large Fediverse servers with thousands of users: they’re popular, more stable and reliable, their friends are there. And server administrators tend to choose large, well-known hosting solutions: they’re cheaper, more stable and reliable. This leads to a situation where 80% of total users are all crowded on 10 large (“flagship”) instances, and 40% of all servers are hosted mainly by 5 companies. 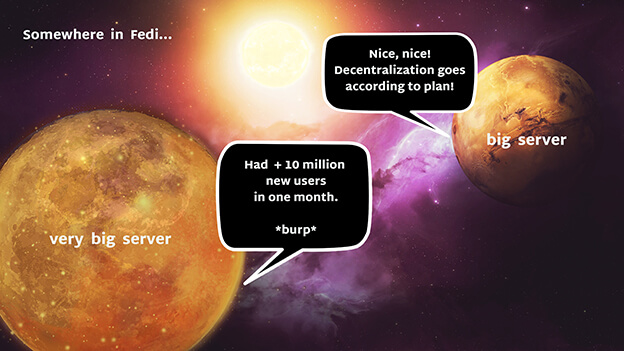 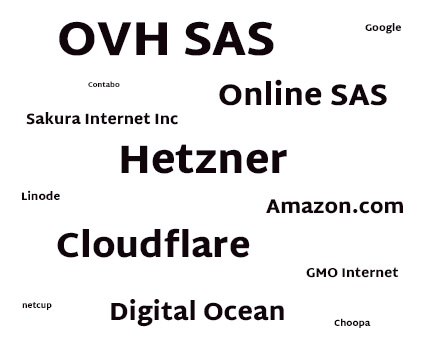 You can see Mastodon statistics on servers and providers. A representation of all Fediverse hosting providers may be found here. The situation hasn’t changed much since 2018 Leah’s research on server distribution. Will something change in 2020?

The fediverse.party website changed its home! Our code can now be found on GitLab hosted by 👍 Feneas, a non-for-profit association registered in Finland and run by humans who care about federated web projects.

We invite all authors who would like to submit an article to fediverse.party. Are you developing a Fediverse project? Tell everyone about it! Do you write about complicated things in a simple, user-friendly language? This website’s main audience are newcomers to Fediverse who may have no technical background, they will appreciate your explanatory skills. Are you a researcher of Fediverse software ready to comment on its strengths and weaknesses? Please, share your expertize! Here’re the guidelines for submitting an article.

P/s Fediverse is 99% run by volunteers who spend their own money to keep the network going. If you enjoy being on Fediverse, please, consider sponsoring your own local server or donating to Fediverse project you most often use.